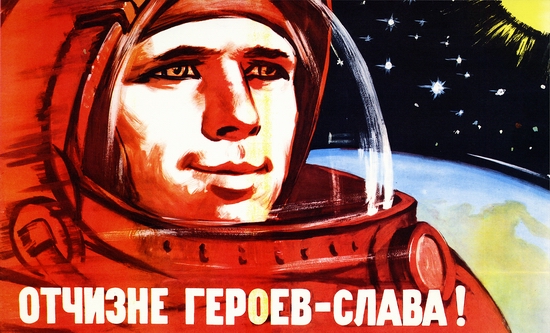 Glory to the Fatherland of Heroes! 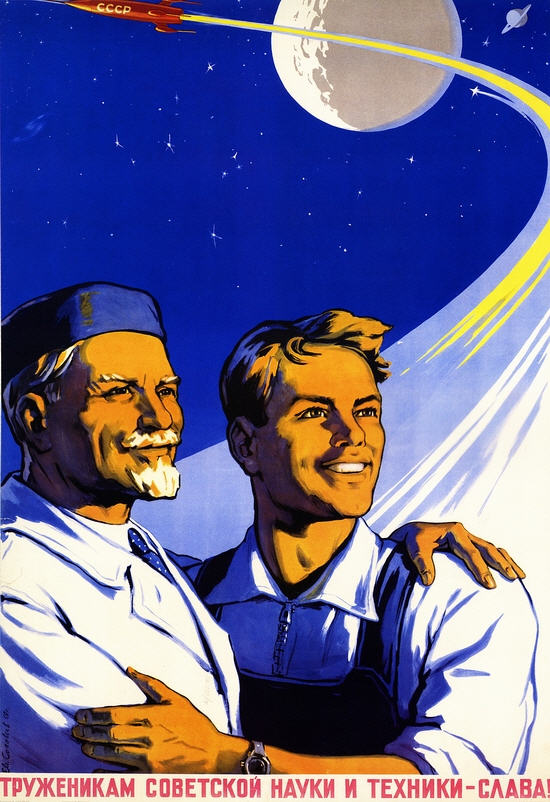 Glory to the workers of Soviet science and technology! 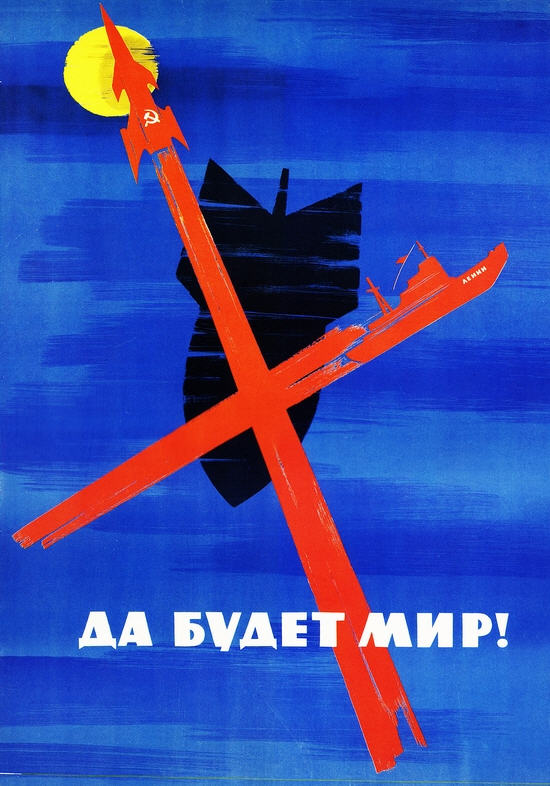 Let there be peace! 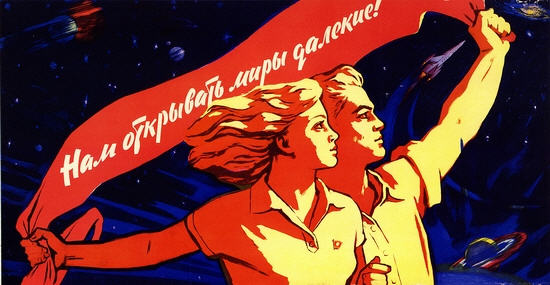 We will open the distant worlds! 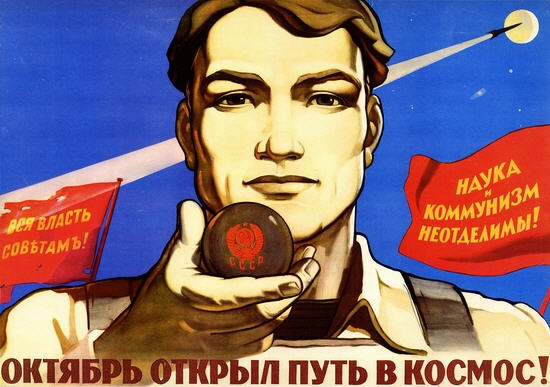 October opened the road to space! 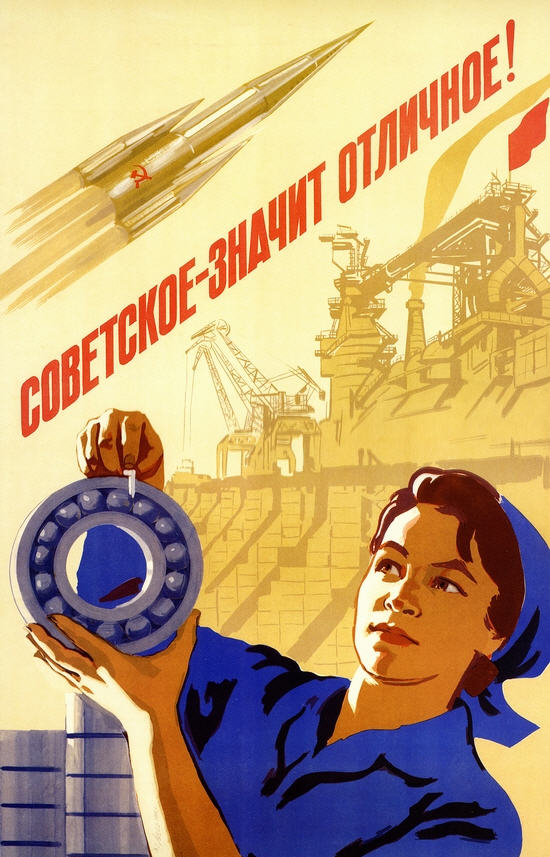 In the name of peace and progress! 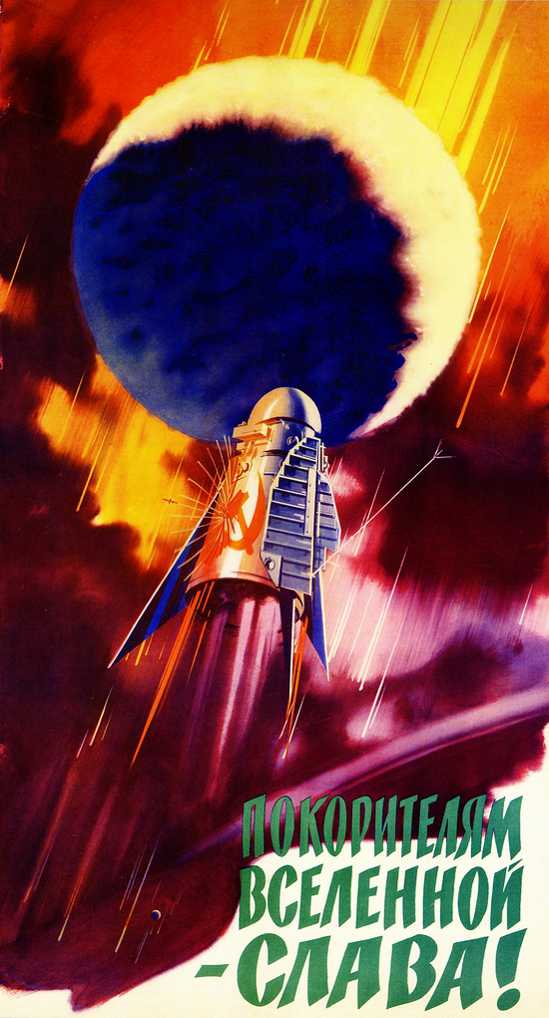 Glory to the conquerors of the universe! 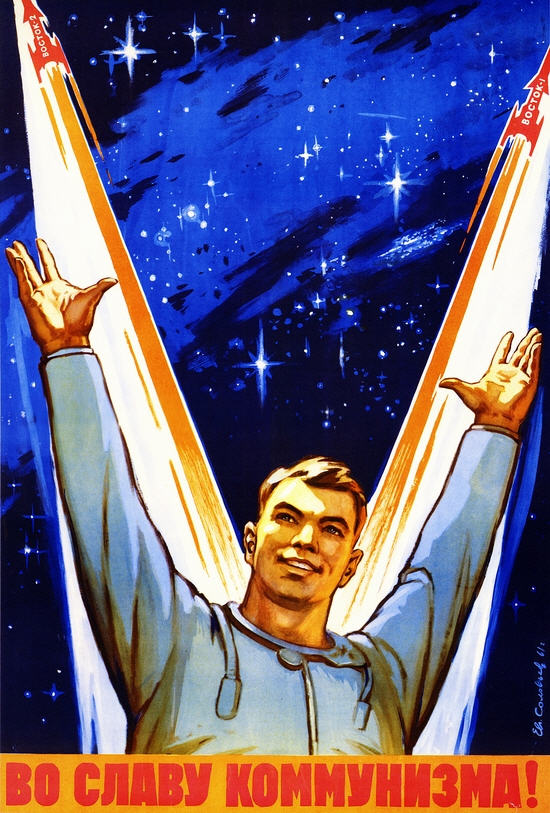 To the glory of communism! 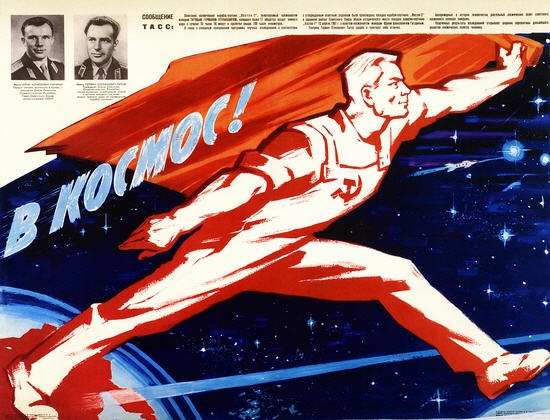 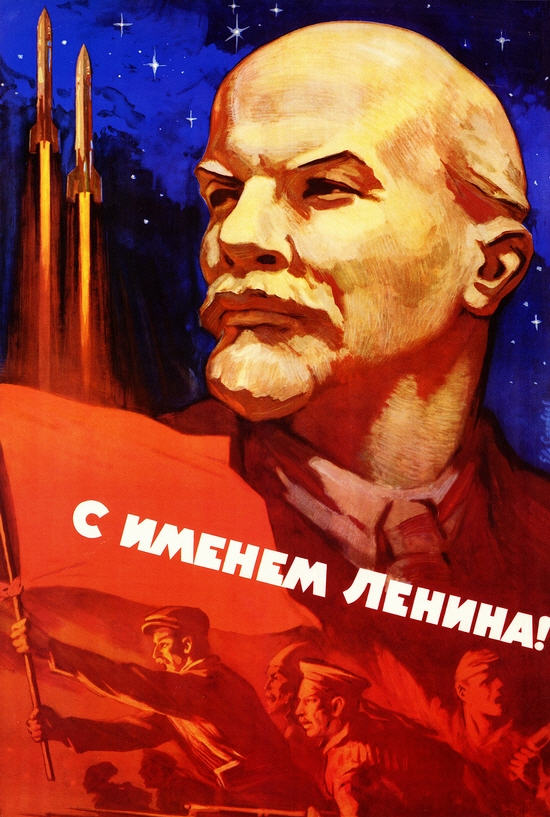 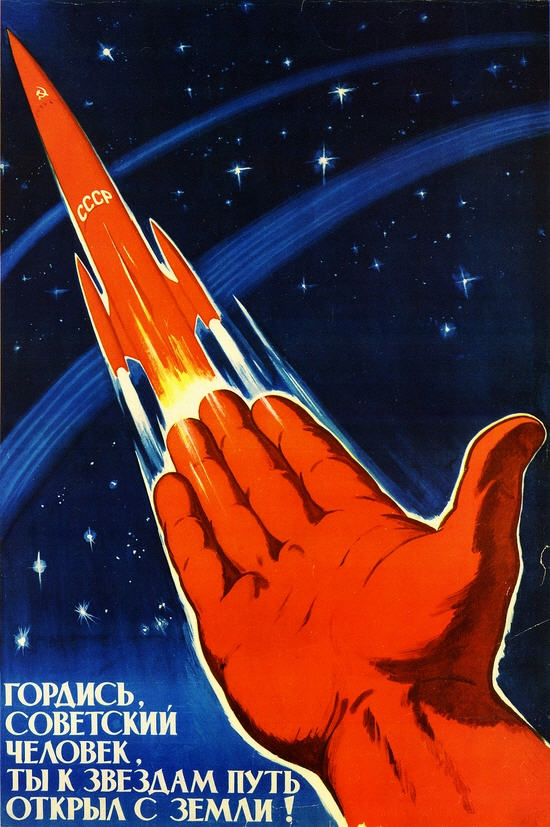 Soviet man – be proud, you opened the road to stars from Earth! 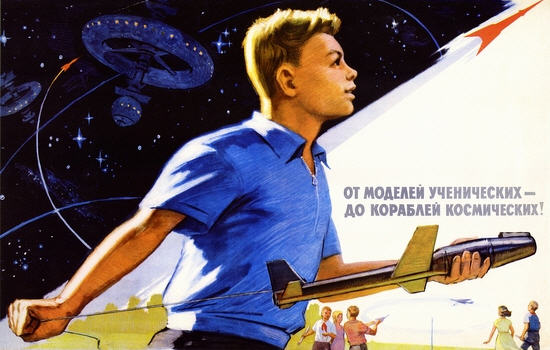 From student’s models to spaceships! 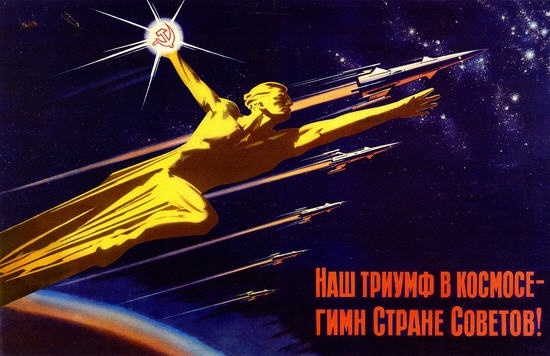 Our triumph in space is the hymn to Soviet country! 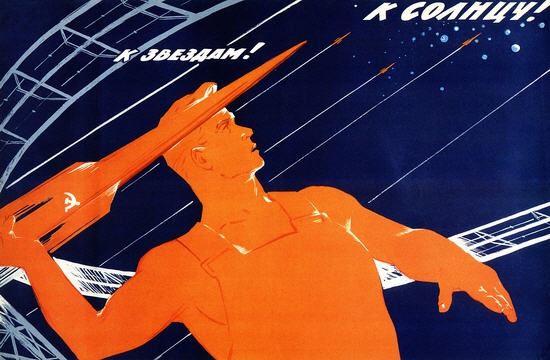 To the Sun! To the stars! 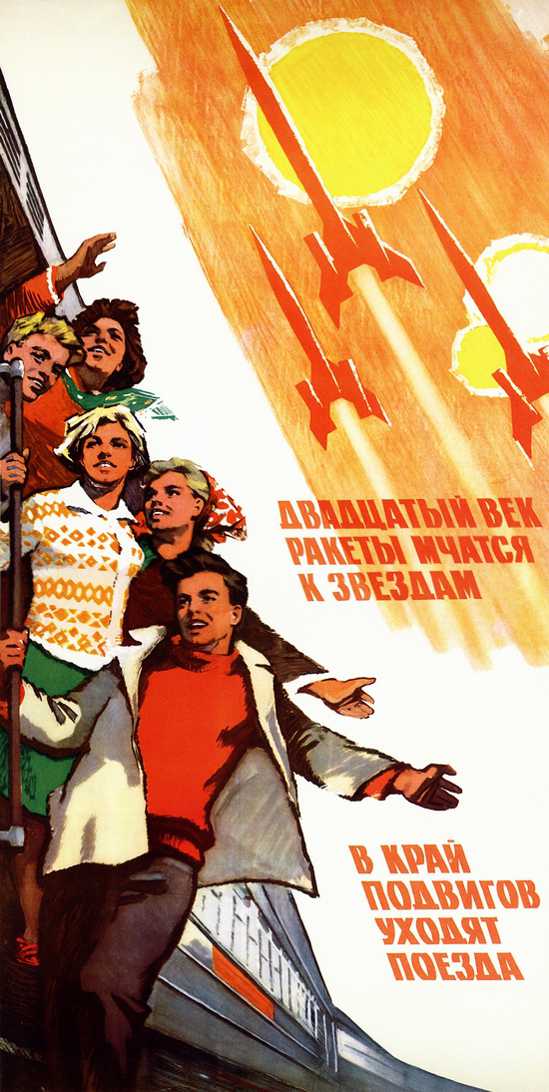 In 20th century the rockets race to the stars, the trains are going to the lands of achievements!